Texting is easy, but lacks results of in-person communication 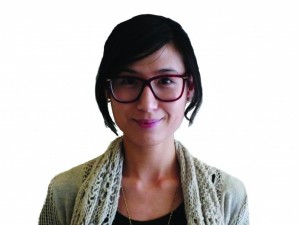 At the expense of sounding like an old geezer, I must admit I’ve never bought in to this whole texting trend.

Most of my old friends are fully aware I royally suck at replying to texts . My response times are whimsical and unreliable at best. Most of my friends would probably even vouch for the inevitability that if you incessantly text in my presence, I’d strike upon you with a mother’s vehemence.  It’s not only rude and disrespectful, but why not enjoy what is tangibly in front of you? Social niceties aside, what astounds me most is the number of times I’ve witnessed people having an argument, or trying to elaborately explain something, over text. I genuinely question the validity of these so-called full-fledged “conversations.”

A recent article by psychotherapist Michael Halyard highlights the problems of texting, in particular, to significant others. Halyard said, “For a lot of couples, texting is now the most common means of communication while apart – but it can also be a source of conflict. Unlike telephone or face to face communication, it is nearly impossible to know how the other person is reacting emotionally to what is being communicated.”

Halyard continues, “With telephone communication, you can tell how the person feels, through their tone, a pause, whether they are laughing or crying. With texting, you get none of that and it’s impossible to know how your significant other is reacting to what you’re saying on an emotional level.”

An article in Psychology Today reinforces the notion that texting can’t relay the real message. According to the piece, a study found that “58 per cent of communication is through body language, 35 per cent through vocal tone, pitch, and emphasis, and a mere 7 per cent through content of the message.” I ask:, why in the world would someone even want to use a mere 7 per cent of the potential to communicate? It’s practically begging for trouble.

However, there are many exceptions and reasonable settings for texting: you’re in an environment where talking on the phone isn’t a viable option; you’re checking in on your best friend throughout the day; or you’re bored and mainly killing time.

And while researchers at Brigham Young University were quick to point out the downfalls of texting as the main means of communication, they also found that sweet texts throughout the day, indicating that you are thinking of a person, boosts satisfaction in relationships for both parties. It’s like sending digital kisses.

People are so used to texting and emailing nowadays, that whenever I pick up the phone and call someone to see how they are, the recipient almost always sounds surprised to hear a human voice on the other end. I’ve had an acquaintance mention that people are almost offended if you don’t text or email them beforehand: it’s like showing up at someone’s doorstep unannounced. What a travesty.

I’ve gotten into arguments over texting before. By the time I’ve typed up a lengthy rebuttal to some nasty comment, I’ll have already received three more infuriating texts to counteract with three or four more elaborate and angry messages. The time lag between thoughts, transcribed to texts, to eventually being received and read by the other party just doesn’t bring about an effective and proper confrontation – much less a resolution.

Texting is just one more medium that you have to overcome in order to get your point across. I’d much rather yell in person and then go straight to the good part: kissing and making up.