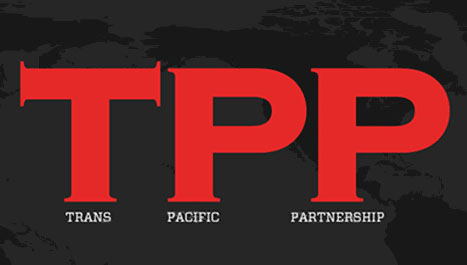 The countries involved, including Canada, in the Trans Pacific Partnership deal came to an agreement Oct. 5.

Although details of the new Trans-Pacific Partnership plan are still under wraps, despite the ‘final’ document of the deal being released by Wikileaks, experts say it could drastically affect our copyright policies.

Standardizing copyright terms in numerous countries across the globe could potentially lead to the monopoly rights of content being held for the duration of the author’s life plus 70 years. That is decades of creative work, held without any legal sampling or studying of the content.

Alan Shanoff, a law professor at Humber College, said it’s very difficult to protect yourself from potential copyright infringements in this day and age.

“It’s the same thing as in defamation law: once you publish something, if it’s accessible in another jurisdiction, there is always the possibility that someone can be sued,” said Shanoff.

“Canadians are going to see their democratically-created laws over-written in favour of laws that benefit giant, U.S. media conglomerates and censor the Internet,” wrote Meghan Sali, a digital rights specialist on the website OpenMedia.ca

Michael Geist, a law professor specializing in Internet and e-commerce at the University of Ottawa writes that forcing content off the Internet will be easier than ever with this partnership in place.

“Another court could rule on the legality of the content based on its domestic copyright law and the Canadian provider would still be required to remove or disable access,” said Geist on his website.

Current Canadian laws are more lenient towards content such as memes and GIFs. However, the TPP will allow copyright owners to remove that sort of content very quickly.

“Under the treaty, if it comes to be, then I understand that the notice-and-notice requirements would be changed so that the website must act,” said Shanoff.

The partnership will be a major factor in slowing down content creation and modification.

Shanoff said that there are huge risks involved in publishing things that are accessible around the world.

“From my understanding, the treaty protects copyright holders to a much larger degree and is open to some abuse,” said Shanoff.

The TPP may also change any trade agreements involving Canada. In addition to Canada’s copyright laws, critics are currently examining the TPP as an updated NAFTA agreement. According to The Globe and Mail, the TPP would expand Canada’s free trade range to Asia and the Pacific. This means, in addition to copyright work laws dramatically changing, anyone in the farming, automotive, and pharmaceutical industry will face a larger competitor pool once the deal takes effect.