Though the budget includes a fare increase, there is an improvement in services.

“We’re proud of this budget and we’ve been spending a lot of time publicizing it,” said TTC spokesperson Danny Nicholson.

“The TTC received $3 million more from council than it requested for its operating subsidy,” Nicholson said.

Despite increase in fares and the subsidy, the TTC estimates there will be a $6 million gap in its actual costs, which will be made up throughout the year with efficiencies that are found, said Nicholson. 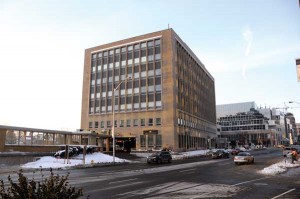 TTC announced that the 2014 budget is approved, increasing substantially from last year.

The TTC will continue to add service and maintain cleanliness on vehicles and stations, Nicholson said.

To meet provincial legislation requiring the TTC’s Wheel-Trans service for disabled persons to be run 24 hours a day, the TTC is receiving an additional $10 million, he said.

While the TTC board was happy with the budget, not all councillors were.

“For the fourth year in a row, quality will decline because of this budget proposal,” said Ward 14 councillor, Gord Perks.

“They don’t know where the efficiencies will be found,” Perks said. “If they know, they should tell us. The budget will be balanced by quietly dropping the number of vehicles on a bus or streetcar route here or there,”

“And for the second year in a row, capital infrastructure has been ignored. As the new streetcars are rolled out, there are fewer of them than the older models. I, and other councillors with streetcars in their wards, have asked to either increase the order of new streetcars or extend the life of the existing fleet,” he said.

Humber College students have mixed feelings towards the TTC.

“I like it because it comes on time for me. That’s all I can ask for,” said first-year computer networking student Rupinderjip, 18.

Others were not as satisfied.

“The TTC doesn’t use PRESTO cards. Every other transit line in the GTA does,” said second-year business student Andrew Joseph, 24.

“The TTC doesn’t accept PRESTO transfers either. This messes you up if you are traveling across the GTA,” he added.

“The TTC is too crowded,” said second-year fashion student Megan Stutz, 24. “It could also stand to be a lot cleaner, which would really help the experience of riding it.”