Volunteers clean up 50 kg of garbage from Etobicoke shoreline 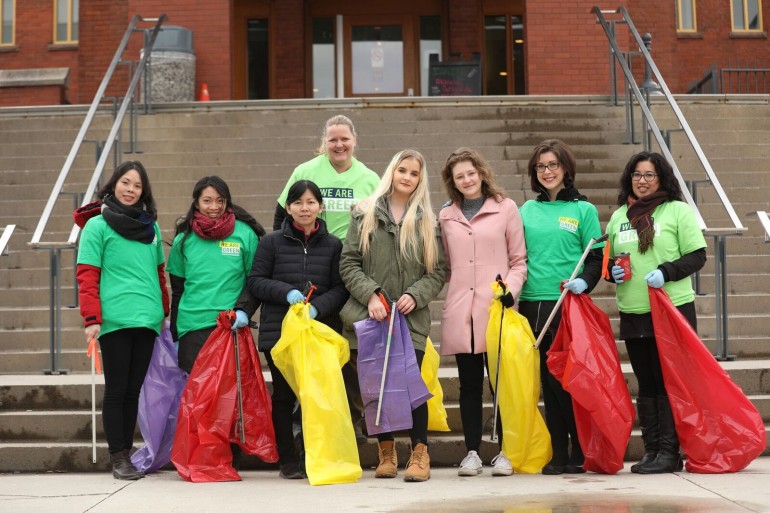 There is so much plastic flowing into the world’s aquatic ecosystems, that there could be more plastic than fish in the ocean by 2050, according to the World Wildlife Fund (WWF).

Against the backdrop of a tranquil, blue-grey Lake Ontario, budding greenery, historic red brick buildings, swans, geese and other wildlife, members of the Humber Lakeshore community dispersed on a mission.

Wearing bright green shirts and toting colour-coded garbage bags, they could be easily spotted throughout the campus March 28, collecting trash for an important project: The WWF Shoreline Cleanup.

Volunteers collected over 50 kg of waste and more than 40 kg of recycling from Colonel Samuel Smith Park.

Mimi Roy, events and engagement intern for the Humber Office of Sustainability, was excited about this pilot project in partnership with the WWF and was very happy with the turnout.

“It has been so satisfying,” she said. “It’s the first time for this event with the WWF here so we’re really happy, and happy that the weather cooperated. We had about 70 people register and we’ve had about 60 people actually show up.” 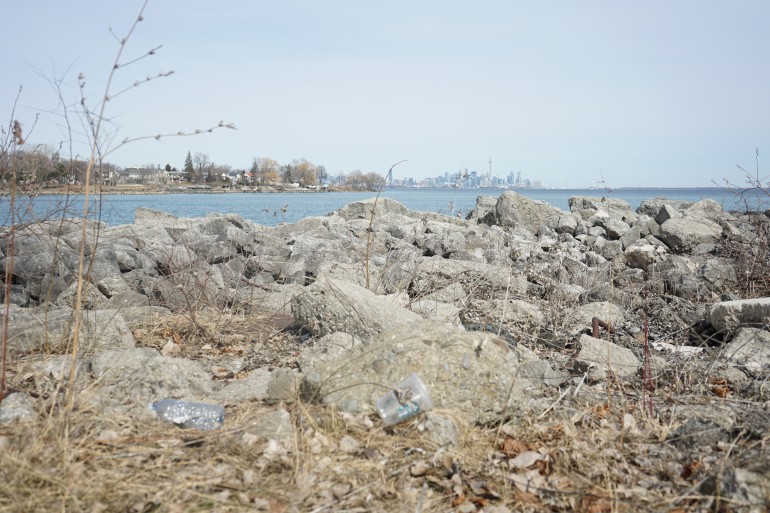 Kathy Nguyen, associate specialist in marketing and community engagement at WWF, said the shoreline cleanup program has been around since 1994 and started with just four or five employees at the Vancouver Aquarium.

It has since grown into something that engages hundreds of thousands of Canadians, including school campuses around the country, she said.

Nguyen said the reason for the cleanup is to divert the garbage from the environment. By stopping litter in its tracks before it can get to the lakes, rivers and oceans, volunteers can make a positive impact on aquatic ecosystems and wildlife.

According to the WWF, eight million tonnes of plastic flows into our waterways each year. About 90 per cent of seabirds are now ingesting plastic and virtually all seabirds will be consuming plastics by 2050.

More than two-thirds of items heading towards water are plastic, including bottle caps, beverage bottles, straws and stir sticks and bags.

Local wildlife is something community members are very concerned about.

Rebecca Fitzgerald, the Humber manager of international mobility and partnerships, who also lives in the area, says the park by Lakeshore campus is near and dear to her heart.

She was filling up the various collection bags with plastic, glass, wrappers, and garbage.

“I believe this park is the number one bird-watching spot in Toronto and given the diversity of wildlife that exists in the park, we should be doing our part so that the birds and animals are safe,” she said.

The idea for this year’s cleanup is particularly interesting in that people are participating as citizen scientists, according to the WWF. Citizen science is the practice of public participation and collaboration in scientific research to increase scientific knowledge. Through citizen science, people share and contribute to data monitoring and collection programs, the WWF says.

Roy thinks this approach is motivating for participants and adds importance to seemingly insignificant actions.

“We’re going to do measurements and students are going to fill out data cards as to what they saw. That information is going to go to WWF headquarters and they will send it to a research facility,” she said.

“So even though you’re doing like 20 minutes of cleanup, you’re having big world impact,” Roy said. “The WWF will use the information you collect as real data for research.”