Who’s the man? Durant and James race towards MVP title 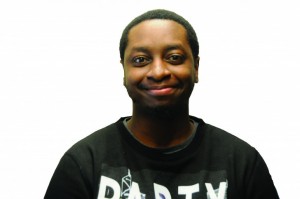 The NBA is currently amidst an amazing back and forth campaign between LeBron James and Kevin Durant, as the two all-stars battle for the title of the league’s Most Valuable Player.

If the season were to end today, Durant would slightly edge James in a spectacular season for both superstars. It comes down to consistency even loss. Durant manages to put up “video game” type statistics. For example, in January, Durant went on a historic run where he scored 30 or more points for 12 straight games. Only Kobe Bryant (16 game streak), and Tracy McGrady (14 game streak) have had more.

At the end of January, Durant seemed to have the award locked down. He averaged 36.9 points a game that month, highlighted by a 54-point performance against Golden State Warriors on Jan. 17, a career high. Durant and his team, the Oklahoma City Thunder, dominated the league even in the absence of Thunder all-star, Russell Westbrook.

Considering the Thunder’s collapse against the Memphis Grizzlies last post-season without Westbrook, a successful run during his absence this time around seemed unlikely. However, under Durant’s leadership, the Thunder went on to a 22-5 record.

After Westbrook’s return to the starting line-up OKC (Oklahoma City Thunder) lost three consecutive games, including a loss to MVP candidate LeBron James and the Miami Heat, which raised the question as to whether or not Durant and OKC would be able to keep up their momentum. However this fails to be an issue once people remember that the Thunder were the top team in the Western Conference last season with Westbrook in the mix.

On the other side of the tracks, the Heat had a casual start to the season with LeBron James seemingly toning down aspects of his game, such as rebounds and assists. However, James was and still is shooting at an efficiency not seen for a small forward.

After commending Durant’s level of play and yearning to be given as many shot attempts, James unleashed fury on his opponents after the all-star break. This was capped off with a 61-point performance against the Charlotte Bobcats. The man dubbed “King James” brought himself back into the MVP mix after averaging 30.1 points, 8.1 rebounds and 6.7 assists a game for the month of February.

To make the narrative even more interesting, James is chasing his third consecutive NBA championship, something Durant has yet to attain. In fact, Durant’s only appearance in the finals with OKC so far was met by defeat at the hands of James for his first championship with the Miami Heat.

Durant is hungry for his first championship ring to cap off a deserving MVP campaign while LeBron has set his sights on increasing the gap of accolades between the two.

James brings tremendous pride and a phenomenal career to the hardwood but this year, Durant has seized the throne as the frontrunner. Tired of being second best, Durant proved his doubters wrong with his play in the season, but it won’t be enough to take the title as the best.

Whoever wins the MVP award will not be satisfied until they are holding the Larry O’Brien trophy come June.