The women’s basketball team dominated the University of Toronto-Mississauga Eagles finishing their first home game of 2019 with a score of 75-29.

The Hawks started the Jan. 16 game off strong with an impressive 23-3 in the first quarter.

Fourth-year guard Jahnae Gyles continued to show her consistent energy and perseverance. Her athleticism was crucial in the first half of the game, as the Hawks took their lead of 42-6 into the second quarter.

The Hawks swept through the first half crushing the game both defensively and offensively.

“It felt good, I feel like the ball movement and the tempo was really good coming into the first and second quarter,” Gyles said. “We’re getting better defensively, having each other’s backs and just improving the ball movement around the court.”

Being that UTM became a varsity team only a few years ago, they struggled to keep up with the Hawks throughout the night.

Second-year guard Brittney English was just one rebound short of clutching her first ever triple-double. She did score 16 points with 11 assists in the game.

Although the second half of the game was similar to the first, UTM pushed through putting up 19-points in the fourth quarter but it was too little, too late.

Being number two in the West, the Humber Hawks broke their record this season winning by 46-points against UTM.

With their chemistry and communication, the Hawks proved that although they have some minor errors to work on going forward, they’re ready to do what it takes to earn their spot in the OCAA Championships. 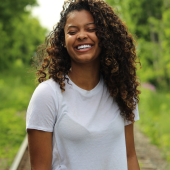